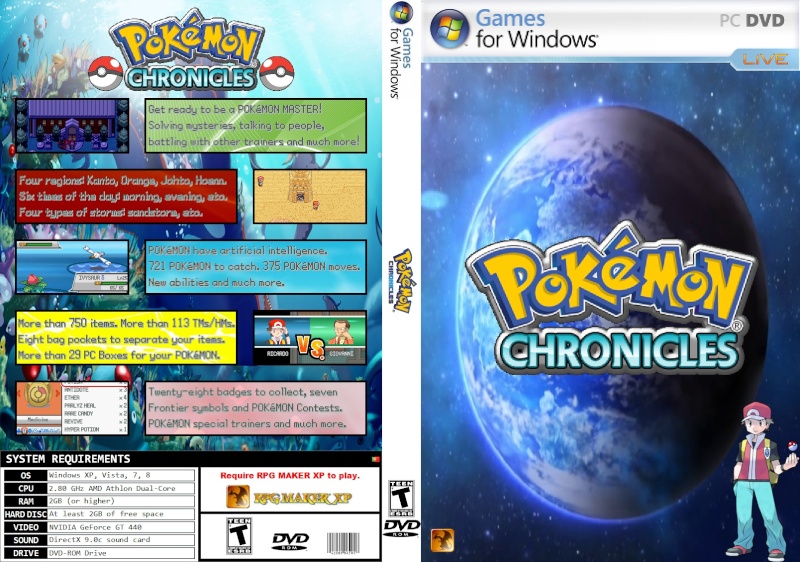 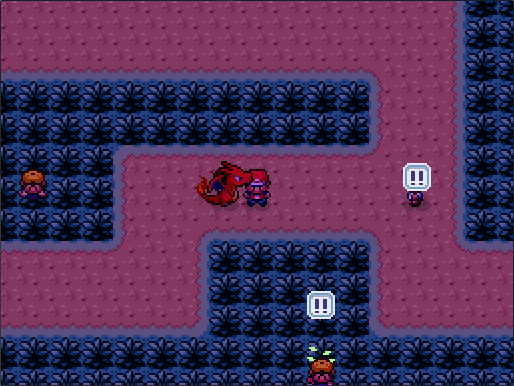 Now players can rematch all trainers when using the VS Seeker in this type of maps: Routes, caves, forests and special maps, like Pokémon Tower, Pokémon Mansion, Olivine Lighthouse and so one.

To receive this item, players must talk to a cool trainer in Vermilion PokéCenter. Note that VS Seeker must be recharge after each use, to recharge its battery, the player must walk over 100 steps. 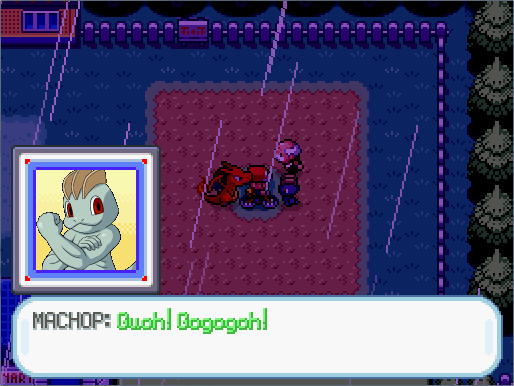 Upgraded Pokémon avatars when players talking to them. Like in the image. 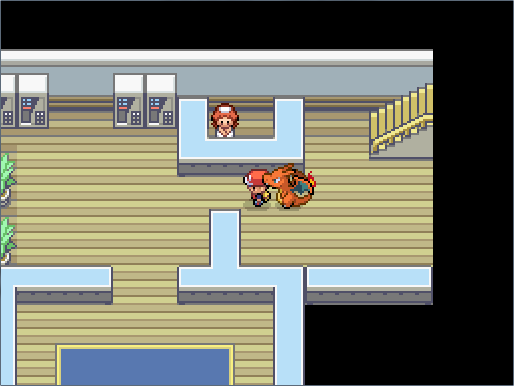 Added events to the Viridian Trainer House. This house only be available when players have the Rising Badge from Clair. In this house players can battle 1 time per day with 4 random trainers from the Pokémon Manga series, and their Pokémon will be lv50. Note: players only have 3 Pokémon in the party. After defeating one of them per day, the first Pokémon in players party will receive 1 Shiny Leaf. Pokémon that have 6 Shiny Leaf will have the Leaf Crown. This will be added in Pokémon Summary only.

ATENTION NOTE: Players can't acess this house yet until the release of the Blackthorn City.

Team Rocket Jessie and James in Mt. Moon have got overpowered Pokémon, due to a misplaced event in Ilex Forest, caused a change in events, this events are pratically the same but with diferent lvs.

In Day-care in Mandarim Island after player receives an egg and go to the Pokécenter, the game crash and an error happear. But when players go to other maps and then to the Pokécenter the error fixed itself, after doing several tests, one little bug was found, the event that creates a storm from movie 2 events are clashing with day-care system, so in further versions, Mandarim Island will not have that event for ever.

In Violet City, a youngster wants to trade his Onix for a Bellsprout, but he trades an Onix for an Onix.