how to obtain mystery gifts ? 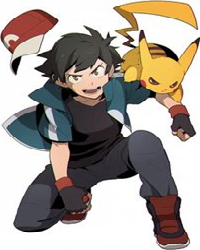 Its via internet, the game will check if are available items or gifts. At the moment i dont release gifts for now.

where we can find mega evolution stone ?
and why the game is to slow ?
btw really good work still a very good game

1- You can obtain the mega evolution stone (at random) after you beat the kanto elite four and became the champion of kanto region. When you do this, Mr. Fuji phone you to meet him, so he will give and unlock the mega systm and the mega stones.

2- My game isn't slow, i tested it in my pc and it runs normal and with running shoes it speeds up.

I have Windows 7, but if my game is slow in your pc, it could be your background programs or something that cause that problem to the game. Before this release, version 15 was tested several times and various ways and it passed very well in the tests.

3- Thanks for your questions.

By the way this project is not finished yet, and this demo only contain all region kanto and oranje, but soon i will release all johto region and so on.

http://pokemonchronicles.forumotion.com.pt/t56-mystery-gift
my games saved i can't play any more games chrashed each time i try to open my save game i am playing 15 version and yes i started a new game not playing with other version saves

Thats odd Vetak, i tested this version several times and i don't have any crashes. Maybe if you send 1 of your saved games i can try and figure out the problem.

Here is my project mail - pokemonchronicles@iol.pt

did you recive my mail ?

I received your email and download your saved game to "repair" / or see your problem, when im finished that, i will post here the link of your saved game.

I made a tiny arranjement, here is your saved game link.

Note: Your player is outside of Mt. Moon / route 4 near cerulean city.

If you got another issue, please report. And thanx for playing.

And about the mega stones,mr.Fuji is giving only 1 stone per region?Or when he will give me the second mega stone?

To get all the other stones is by some bonus event.